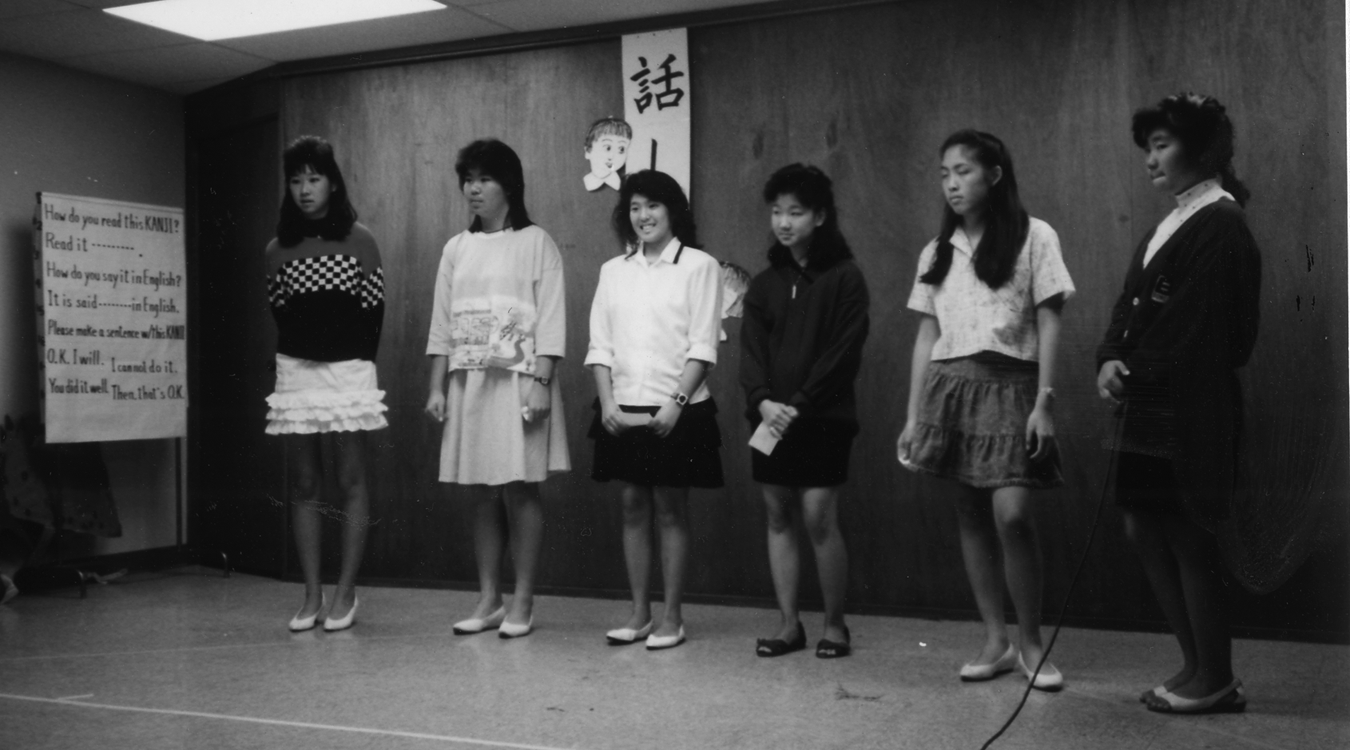 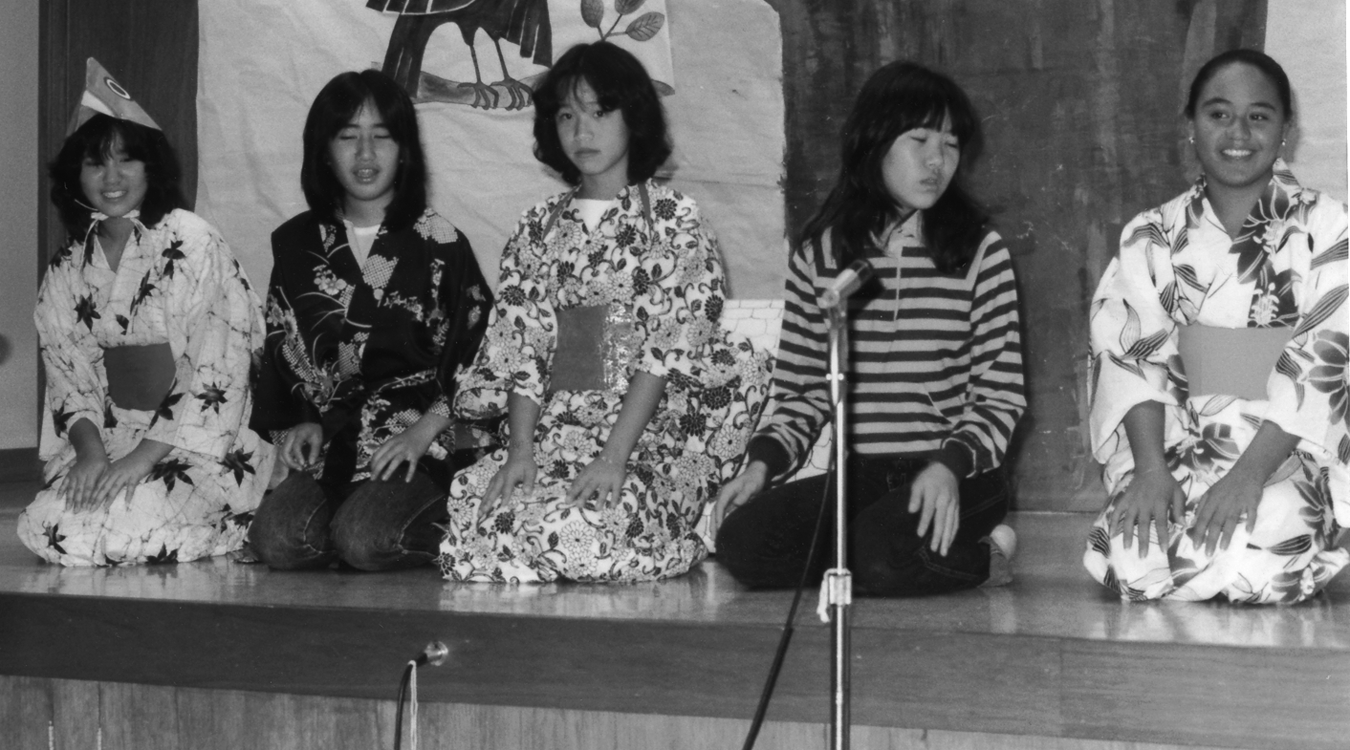 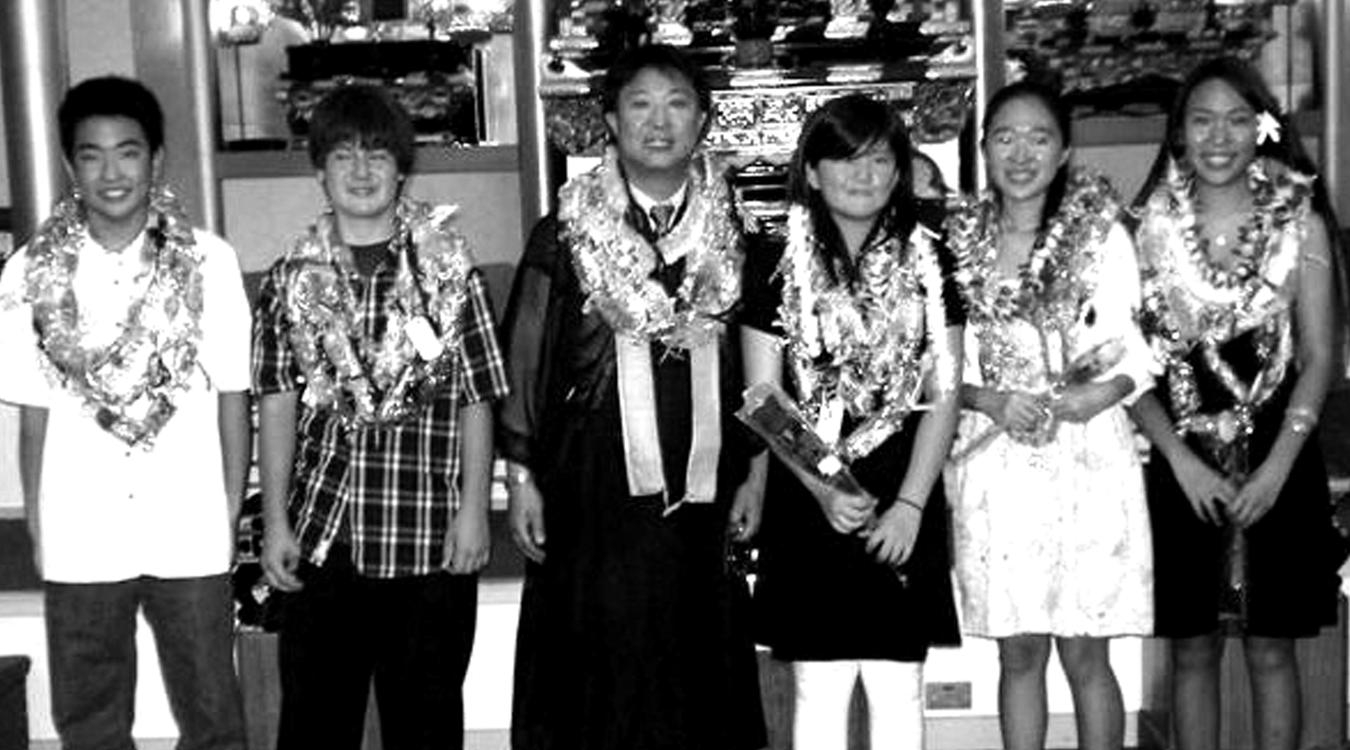 According the Hawaii Kyodan’s Centennial Booklet, Wailuku Hongwanji Gakuen (Japanese Language School) was established in 1906 and served 126 pupils from the first through ninth grades. Reverend Funakura started the Gakuen, using the temple as the classroom.

Currently, classes are conducted Monday through Friday. Students learn conversation, reading, and writing in Japanese. Gakugeikai (performances of Japanese skits or speeches) and special programs are held to supplement classes. To enhance the curriculum, Rev. Murakami started different programs for the Gakuen including Culture Day, educational trips to Japan, and a computer lab.

In 2005, Rev. Murakami became the Chair of the Hawaii Japanese School Association. As Chair, one of his projects was to start Japanese Language School educational trips to Japan including home-stays with Japanese families so students could have real life experiences in Japan. With this unique program, students also visited many historical places such as the Hiroshima Peace Memorial Park, Miyajima, Himeji Castle, Nishi Hongwanji, Kinkakuji temple (also known as the Golden temple), Kiyomizu temple in Kyoto, a hot spring, Tsukiji Fish Market (largest fish auction place in Japan), Tokyo City Hall, Tokyo Tower, Asakusa, and much more. Through these educational trips, students were able to visit those national treasures and learn about the history, people, and technology in Japan.

In 2010, the Gakuen set up computers for the students to allow them to learn other skills through technology.